I’ve been working for Namshi for almost 2 years now and I thought it would be interesting to share some of the reasons why I consider this an ideal place, at the moment.

Some of these points can be extended to the company in general, while some of them are related to the tech department. All in all I’d like to share my experience and what I feel when I enter (sometimes late) in the office. 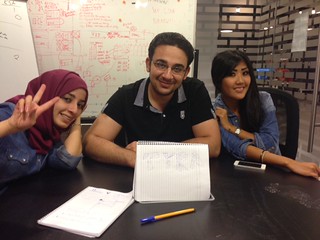 Here I might repeat what you might have heard on the internet about Rocket Internet and its ventures, but working for one of them will make you cross paths with some of the brightest youngsters across the industry.

If I were to mention everyone, the list would be too long to fit in this post (and it would grow, like us, as they days go by) but by walking around the office you can immediately feel how many young people are pushing themselves to the max in order to make the business as succesfull as possible.

I happen to live with my colleague Alessandro, a Bocconi graduate from Trapani, who has worked for other Rocket ventures in Australia before landing here in Dubai: see, the amount of work he puts on, the sleepless nights trying to improve workflows and metrics, the fervent passion he shows (and the fun as well) on a daily basis are very difficult to find elsewhere: it takes the right mix of professionality and age, and I think Namshi makes it exciting as people come to work to improve, learn and teach, not (just) for their wage. 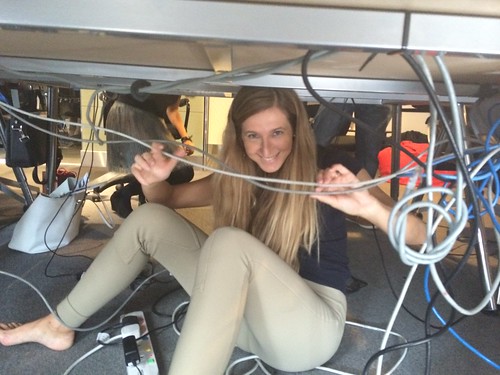 We’re at a place where we don’t rely too much on papers but proactively experiment solutions (more on this later) and reward those who make giant leaps with their actions.

It is also worth noting that we don’t look too much at experience if people have really the skills to become game changers in the organization: I’ve witnessed people without previous experiences in teams becoming leaders among their peers.

Additionally, it’s not your job title that defines your boundaries: in the tech team, we’ve had our most junior member writing and deploying a NodeJS app in production with Capistrano2.

[it matters] that people are really driven, that they are passionate about what they do; it doesn’t matter that much how long they have worked in their jobs before, 15 years, 5 years, as long as they bring the right attitude and the right spirit on board 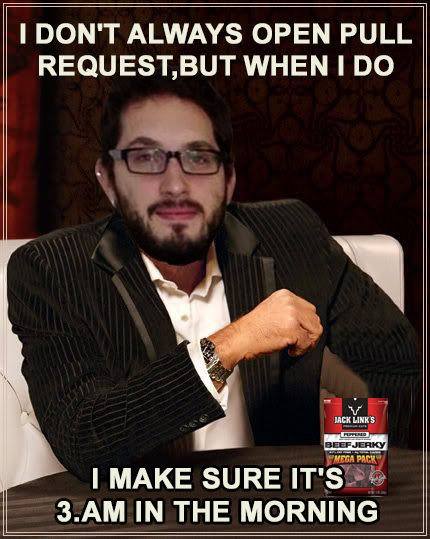 A modern startup cannot live without memes, it’s phisically impossible: here on the right you will find the one our team made for me, to highlight my nature of late-night coder.

I find it amazing that we can gather together a bunch of highly-skilled professional to build a dream and having fun at the same time; having worked for other companies before I can really say Namshi has the environment I enjoyed the most so far.

The family built by HR

I must admit that HR played a huge role in making Namshi an environment that gets better day after day: the weekly internal newsletter, the Namshi Olimpics, the picnics…

I never had the privilege to see these in any company I’ve worked for before3.

We’re a team of polyglots, as our SOA features 4 or 5 different programming languages and we’ve been using pretty interesting systems over the past 2 years.

We’ve started with refactoring a traditional n-tier architecture in order to be able to move towards a Service Oriented Architecture while keeping up & running the existing services: the first steps were made with Symfony2, and now we’ve been throwing AngularJS and NodeJS into the mix, while replacing memcache with Redis in order to take advantage of a more structured key-value NoSQL storage.

Things don’t end on the development side: from the system point of you we’ve been using SaltStack after a year of Puppet and are currently experimenting with some tailor-made solutions for content delivery.

All in all, I must admit it feels damn exciting :) 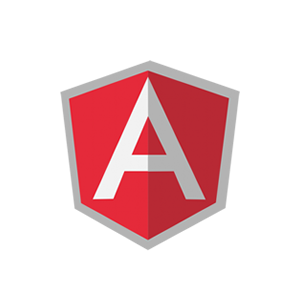 If you paid attention to the previous section, you have probably noticed that we transitioned from an already decoupled architecture (separate frontend and backend), which means that we had the chance to experiment a lot in order to completely revamp it: in the last 12 months we’ve started using (for some of us it was the first time ever) Symfony2, Redis, Lua, xDomain, AngularJS, Grunt, HTTP extensions and JWS, not to mention the traditional components of our stack, like RabbitMQ or Solr.

On top of this, we are now hungry for SPDY, WebP and API orchestration layers. More on this soon on this blog ;–)

A great team of nerds

I will never get bored of repeating this: the tech team, which I’m part of, feels like a family.

I’ve seen some of us doing their first composer.phar install, some saying “How do I f**** get out of this?” after opening VIM, some others reviewing my pull requests like a boss, and others never hesitating to help a friend who had his Vagrant machine stuck.

Being part of this means recognizing that it will be very difficult to replicate such achievements elsewhere, something I will always be proud of.

So yes, it feels good to be part of the Namshi family, and since we have some open positions I would highly recommend you to give us a try :) Of course, the world offers a lot of interesting and attractive opportunities, but for the moment I must admit I still feel very lucky.

Last but not least, I have to thank Hosam, Faraz4 and Hisham for leading the crazy family we enjoy on a daily basis!

All images courtesy of the Namshi HR Flick stream