I generally like to think of myself as a server-side guy but, since a few years, I’ve been more and more involved with the frontend — especially since logic, and not just UI, started to become a hot-topic for the client as well (this is all thanks to Angular, y’all remember that thingy?).

So, more often than I admit, I keep an eye on the upcoming features of various browsers through their platform status pages, and I’ve decided to start sharing a bunch of the stuff you should probably be excited as well. I plan of writing a couple articles like this one on a yearly basis, as browsers evolve quickly and there’s always lots of stuff to be looking forward to.

These browsers provide different functionalities on their status pages, so I generally tend to spend more time on Chrome & Edge’s since they let me filter stuff out with ease. Webkit allows the same but, hell let’s be honest, I’m not very interested in their roadmap, as I think they’re being strangely slow to adopt.

The past few days were a boom for MS Edge, which rolled out some major updates including:

This was personally very surprising for me, as I always considered Edge an afterthought — how naive of me. These guys are here to push forward, and quickly buying into the PaymentRequest API is a huge sign for online payments. Love it! 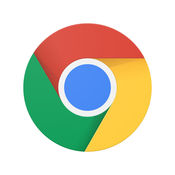 MS Edge has previews of Web Assembly and ES6 modules as well, but what’s under development is even more exciting:

Looks like Edge is gaining momentum and closing the gap, which is definitely the right direction for them. Of course, as you might notice, the road ahead is still long ;–)

whereas Safari is probably at its lamest with:

currently being developed — or, at least, those are the features that I think are going to impact us, common mortals, the most.

Service Workers, Web Authentication, Web App Manifest and Subresource Integrity are all under consideration though.

As usual, I think Chrome is pushing ahead, even though sometimes their ideas are quite weird — but that’s part of trying to innovate. I’m very happy to see Firefox working on solid stuff and Edge catching up with the biggest themes of 2016 (aka Service Workers).

I see the PaymentRequest API as the clear winner of the past 6 months, and I’m really excited as this will mean a lot for online payments and e-commerce as well. Browsers are becoming more of a platform rather than just a rendering engine, and that makes it possible to create app-like experiences for your users1.

Last but not least, time has come to start shipping Brotli to your users: Akamai supports it since few weeks and browser support is kind of complete (again, Safari…) — time to knock on your CDN provider’s door!