When I joined Rocket Internet 4 months ago, here in Dubai, the team was about to experience the transition from the very old SVN to Git, with everything hosted on Github.

In this post I try to wrap-up the impressions of the team and the changes in the lifecycle of our source code with the adoption of the Git+Github combo. 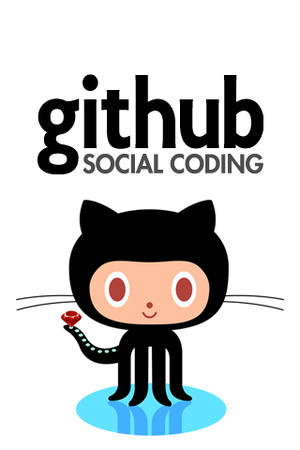 We had our first meeting about the switch to Git after our CTO migrated our repositories from our hosted SVN repos to Github with git-svn.

In that meeting – useful for a lot of people who never used Git before – we explained the basic stuff that you should know to get started with this VCS:

All in all we wanted to follow gitflow but at the end it turned out that in some parts we had to simplify the workflow and add more complexity somewhere else: keep reading to get more insights.

So let’s say that today we have master and dev aligned:

As the days go by, people will branch from develop to implement new features/fix bugs:

The developer is free to handle its ticket with both local and remote branches: although pushing to the remote makes squashing harder, I would always recommend to push every day.

Let’s say that the bugfixing seems done and we are ready to include that code in the develop, which is gonna lead to our next release: the developer now opens a pull request from its branch to develop: 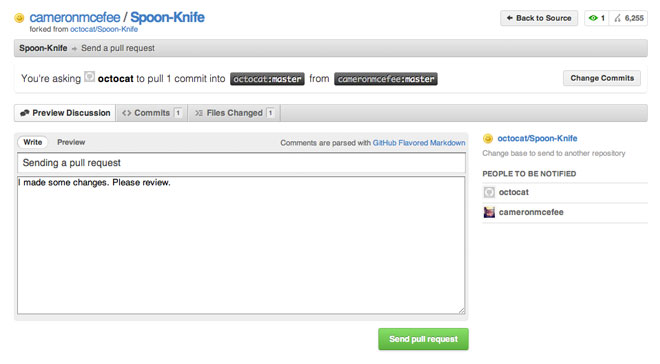 It’s always useful to name the PR like TICKET-ID Headline and add a few more comments to explain your changes, if it’s worth it: given that you name your branches after the tickets that they implement/fix, adding the ticket ID to the PR’s title lets who needs to merge it into develop to directly copy the branch name from Github – otherwise you need to type it manully2.

The release manager ( who reviews PRs and merges them into the integration branch ) can now have a look at your PR, comment it and accept or reject it:

Now times has come to go live with a set of changes: a release branch is created and we tag version X.Y.Z-beta1, that is gonna be deployed in the first development environment ( sort of pre-staging ).

If some tests are not passing, the developers add the related fixes and open the PRs in the release branch ( release-X.Y.Z ), so we re-tag and redeploy ( X.Y.Z-beta2 ): if someone is working on other tickets, which don’t have to be included in version X.Y.Z, the integration branch is still develop.

After this, a new tag X.Y.Z-rc1 is deployed into the staging environment: if everything is good we create a new tag, X.Y.Z and go live with it.

After a few hours, we can consider this tag valid and update both master and develop:

There are some problematic aspects to consider when you are working with almost 10 people daily pushing/pulling from the same remote:

All in all I think our process has improved so much: first of all we see less conflicts, thanks to the Git engine3, second we have more control, transparency and visibility towards code: being able to comment every single line of code on Github really helps you when you need to handle several PRs at once; not to mention the fact that doing release-management is way easier.

By the way, pull request are another good stage of the workflow, since they let the developer take a final look at the code, review it for the last time and explain it in the PR message, something that with SVN and SVN-based services ( like GH ) was nearly impossible.

Additionally, coming from Atlassian’s hosted services, Github gives you the reliability I always missed: no apparent downtime so far and pulling/pushing is really fast; compared to SVN, this is a huge win for us.

At the end I’d say that we almost doubled our potential with these changes, and I think it’s 50% because of Git and another 50% ‘cause of Github: if you don’t use them, I definitely recommend you to switch as soon as possible4.