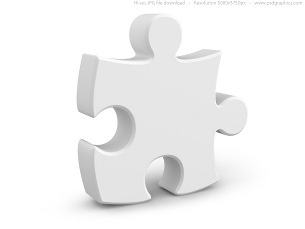 In PHP we’ve had a lousy culture of code-sharing. Because depending on code from others as been tricky, every major PHP application or framework has practically had to reimplement the whole world. Only some tools, like PHPUnit, have managed to break over this barrier and become de-facto standards across project boundaries. But for the rest: just write it yourself.

Managing dependencies between pieces of software, in PHP, hasn’t always been a relief: we had PEAR and PECL 1 with their workflows and problems while, in other ecosystems, the solution to this problem has been solved in better ways, like NodeJS’s NPM.

Composer is the nifty missing brick in managing PHP dependencies: inspired to what’s hot in Ruby’s and NodeJS’s ecosystems, it is a simple but powerful packaging system specifically written for PHP.

Born and mantained from a few personalities of the Symfony2 community, it’s really easy to use and install.

First of all, go to the root directory of your project and download composer:

then write a composer.json file describing your project’s dependencies:

There are 3 main parts in the composer.json, the first one describing your project (if you want to put that in Packagist – something I will later explain):

the second one is the autoloading specification:

this is basically awesome because it lets you specify the autoloading standard used for your library (I strongly suggest you to follow the PSR-0 convention): in the example we see that our NutsAPI namespace will be autoloaded in the src directory.

You can also specify nested namespaces:

The last part of the file is the most important one, describing which libraries you depend on:

as you see, this directive tells composer that it should download the Buzz library and force a certain revision to be used; note that composer is also able to verify that your PHP version is ok too.

Once you completed the composer.json you can run a:

and see that composer downloads the required dependencies and puts them under the vendor directory, writes its lock file2 and generates an autoloader.

The autoloader is located at vendor/.composer/autoload.php and you can obviously use it for your application:

One of the pains in managing dependencies is upgrading the libraries you depend on, a problem that composer solves by just running a php composer.phar update.

Since some composer-generated files and the 3rd party libraries are irrelevant for your SCM, it is highly recommended to ignore them:

As pointed out by Nils from the PhpBB community in the comments:

You should not ignore the [composer.lock] file in git.
In fact you should commit it whenever it is changed.
Users of your project or other developers can then run “composer install” to install exactly the versions you had in your lock file, rather than installing versions based on composer.json and potentially ending up with a slightly newer dependency which could result in problems, since you didn’t test with that particular version.

Packagist is the main repository of composer packages: you can browse already-registered packages or create your own one.

It is fully integrated with Github: when creating a new package you will be asked the URL of the git repository for your project.

Note that on the website there is some further documentation about composer.