In these days SPDY it’s gaining its momentum due to a good article which explained how you should build your technologic stack in the realtime web.

This seems to be the conclusion that lot of people had after reading that article: SPDY is a newer, faster, more modern protocol and I have no problem in admitting that a few parts of the HTTP protocol need to be reviewed1: you can’t simply advocate that HTTP fits perfectly in today’s web, that’s a de-facto issue.

SPDY in a nutshell 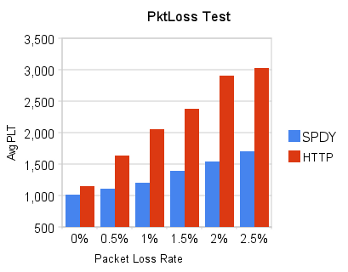 SPDY is just a really good protocol implementation: it supports multiplexing, encourages content compression, allows servers to push notifications and lets you prioritize requests, just to mention the hottest features among others.

Amazon is currently shipping its Kindle with a browser that uses this protocol to communicate with EC2 instances, Firefox 11 will support it while – if using a google product – you may already be using SPDY2: the road is long, but SPDY seems to be WWW’s next big thing.

Before going out there yelling at HTTP and telling everyone that SPDY will be the new, futuristic, what-we-were-missing web protocol I want you to consider a few things.

It should not surprise you the fact that SPDY is almost-completely implementing RFC2616: the web relies on established semantics, clients and servers interact based on a series of well-known verbs, feedbacks and metadata associated to resources, that are the only immanent concept of the web.

[We have] 10 years of implementation experience of RFC2616

You should really reconsider the HTTP protocol as 2 separate layers: its technical implementation and its interface.

The [HTTP] interface is designed to be efficient for large-grain […] data transfer, optimizing for the common case of the Web.

The technical implementation may be a little updated3 but its interface was thought to be able to let machine and humans interact with resources in the most open, fault-tolerant, scalable, robust way we could have ever thought: without relying on HTTP, SPDY would not work, not in the ancient, not in the modern, not even in the future web.