Yesterday I had the opportunity to spend a few minutes on PHP 5.4 and its new features.

With David, we just set a Back|Track 4 VM on his Mac and downloaded the tar.gz of PHP 5.4 aplha 2.

To install it without running tests and loosing too much time:

A lot of people don’t like multiple inheritance because of the fact that a lot of stuff can be done doing proper OO design: nothing to say about that. 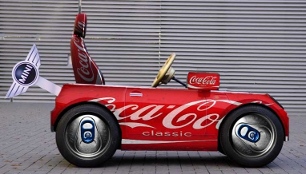 Although traits are also about multiple inheritance, their domain is more complex, as they usually deal with code reuse.

Consider, for example, this situation: from a Car we derive StandardCar and MiniCar, then we need to give cars a brand, which cannot be a simple attribute, because the brand deals with generating a car’s serial ID or – completely invented concept – deciding the minimum age the driver should have to drive it.

So, let’s say BMW is the only vendor which does not follows a standard in generating serial IDs and does not let people under 21 to drive its cars: enter BmwCar and BmwMiniCar.

This leads to duplications that we can avoid with traits:

What I am personally missing is a is_with()/contains/whatsoever operator which checks if an object is an instance of a class implementing a certain trait, something like:

We looked for it, but could not find a solution: you can see that we introduced an ->isA($manufacturer) method in order to solve this. Completely inefficient logic: as far as I know this kind of operator will be implemented in the next releases of the PHP 5.4 development package, definitely a good thing.

What a good thing the built-in webserver:

which launches a webserver responding to the current directory: it will be really efficient when you are developing some standalone scripts in the need to be reached via HTTP.

which is awesome if you want to associatively store – for example – lambas in an array.

You can see the full list of our crappy PHP 5.4 experiments on this gist.