It’s been a couple months that I started reading more aggressively compared to the past couple of years, and today I want to give you an honest review of a book I found extremely underwhelming, NodeJS High Performance. 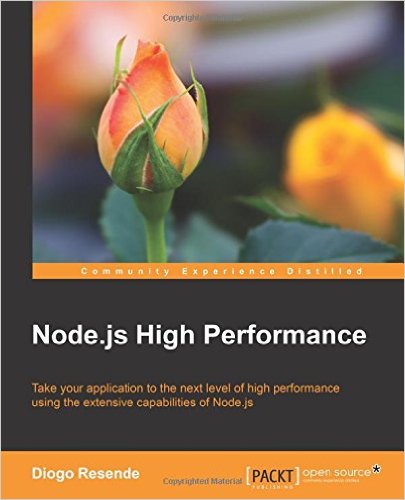 I feel terrible as I really, really wanted this book to be great or, at least, good enough, as I can imagine the struggle the author went through to get it done, to then hear a bad review such as this one. Alas, I want to be objective and give my honest opinion about it.

The book’s target audience is apparently the mid/sr engineer who has either moved to node or has a bit of experience building server-side JS apps, but never dug deep onto performance or benchmarks. I legitimately felt part of the audience, as I never did any serious performance tuning or auditing on node apps.

The book contains a couple chapter that are focused on performance / benchmarking / profiling but they are definitely not enough, especially given the fact that most of the content of those chapters is information that’s already available online. Give the “high performance” on the title of the book I thought there should have been way more in-depth content dealing with memory and CPU cycles.

As far as the rest of the book goes, well… …it’s even less interesting. There is a chapter dedicated to testing with mocha which, in my opinion, should be part of another book, probably targeted to beginners.

NodeJS High Performance is more of an overview of development practices for Node, from how to use NPM to using mocha to test your code, but quite a few of the things that are mentioned are very basic (turn on HTTPs, test your code, mocha has timeouts on tests to ensure they dont take long) and I think that, as long as you used node for longer than 6 months, you won’t find anything new in there.

As I said on my Amazon review, I would definitely discourage experienced developers from purchasing it, as it won’t add much to your knowledge. On the other side, if you just got started a few months ago or switched to node after other platforms I would say it has a lot of informative points and lists quite a few best practices, so it could be considered as a good reference on how to generally create “good” node apps.