Most of the larger-scale services that we design nowadays depend, more or less, on external APIs: you’ve heard it multiple times, as soon as your codebase starts to look like a monolith it’s time to start splitting it into smaller services that can evolve independently and aren’t strongly coupled with the monolith.

Even if you don’t really employ microservices, chances are that you already depend on external services, such as elasticsearch, redis or a payment gateway, and need to integrate with them via some kind of APIs.

What happens when those services are slow or unavailable? Well, you can’t process search queries, or payments, but your app would still be working “fine” — right?

That is not always the case, and I want to run a few benchmarks to show you how a little tweak, timeouts, prove beneficial when dealing with external services.

We’ve started a new Hello World! startup that, surprisingly, makes money by deploying a useless service that prints a string retrieved from another service: as you understand, this is an oversimplification of a real-world scenario, but it will serve our purpose well enough.

Our clients will be connecting to our main frontend, server1.js which will then make an HTTP request towards another service, server2.js which will reply back: once we have an answer from server2.js we can then return the response body to our client.

A few things to note:

Let’s run our servers and start bombing server1.js with requests: we’ll be using siege (I’m too hipster for AB), which provides some useful info upon executing the load test:

The -c option, in siege, defines how many concurrent requests we should send to the server, and you can even specify how many repetitions (-r) you’d like to run: for example, -c 10 -r 5 would mean we’d be sending to the server 50 total requests, in batches of 10 concurrent requests. For the purpose of our benchmark I decided, though, to keep the tests running for 3 minutes and analyze the results afterwards, without setting a max number of repetitions.

Additionally, in my next examples I will be trimming down the results to the most important items provided by siege:

Let’s start by sending 500 concurrent requests to observe how the services behave.

After around 3 minutes, it’s time to stop siege (ctrl+c) and see how the results look like:

Not bad, as we’ve been able to serve 1156 transactions per second; even better than that, it doesn’t seem like we’ve got any error, which means our success rate is 100%. What if we up our game and go for 1k concurrent transactions?

Well, well done: we slightly increased throughput, as now our app is able to handle 1283 requests per second: since the apps do very less (print a string and that’s it) it is likely that the more concurrent requests we’ll send the higher the throughput.

These numbers might be useless now (we’re not comparing them to anything) but will prove essential in the next paragraphs.

This is not how real-world webservices behave: you have to accept failures and build resilient applications that are capable of overcoming them.

For example, suppose our backend service is going through a hard phase and starts lagging every now and then:

In this example, 1 out of 10 requests will be served after a timeout of 10s has passed, whereas the other ones will be processed with the “standard” delay of 100ms: this kind of simulates a scenario where we have multiple servers behind a load balancer, and one of them starts throwing random errors or becomes slower due to excessive load.

Let’s go back to our benchmark and see how our server1.js performs now that its dependency will start to slow down:

What a bummer: our transaction rate has plummeted, down by more than 30%, just because some of the responses are lagging — this means that server1.js needs to hold on for longer in order to receive responses from server2.js, thus using more resources and being able to serve less requests than it theoretically can.

An error now is better than a response tomorrow

The case for timeouts starts by recognizing one simple fact: users won’t wait for slow responses.

After 1 or 2 seconds, their attention will fade away and the chances that they might still be hooked to your content will vanish as soon as you cross the 4/5s threshold — this mean that it’s generally better to give them an immediate feedback, even if negative (“An error occurred, please try again”), rather than letting them get frustrated over how slow your service is.

In the spirit of “fail fast”, we decide to add a timeout in order to make sure that our responses meet a certain SLA: in this case, we decide that our SLA is 3s, which is the time our users will possibly wait to use our service1.

Let’s see how the numbers look like with timeouts enabled:

Oh boy, we’re back into the game: the transaction rate is again higher than 1k per second and we can almost serve as many requests as we’d do under ideal conditions (when there’s no lag in the backend service).

Of course, one of the drawbacks is that we have now increased the number of failures (10% of total requests), which means that some users will be presented an error page — still better, though, than serving them after 10s, as most of them would have abandoned our service anyway.

We’ve now seen that, ideally, timeouts help you preserve near-ideal rps (requests per second), but what about resource consumption? Will they be better at making sure that our servers won’t require extra resources if one of their dependencies becomes less responsive?

Let’s dig into it.

In order to figure out how much memory our server1.js is consuming, we need to measure, at intervals, the amount of memory the server is using; in production, we would use tools such as NewRelic or KeyMetrics but, for our simple scripts, we’ll resort to the poor man’s version of such tools: we’ll be printing the amount of memory from server1.js and we’ll use another script to record the output and print some simple stats.

Let’s make sure server1.js prints the amount of memory used every 100ms:

If we start the server we should see something like:

which is the amount of memory, in MB, that the server is using: in order to crunch the numbers I wrote a simple script that reads the input from the stdin and computes the stats:

The module is public and available on NPM, so we can just install it globally and redirect the output of the server to it:

Whoa, at a first look it seems like timeouts aren’t helping after all: our memory usage hits a high with timeouts enabled and is, on average, 5% higher as well. Is there any reasonable explanation to that?

There is, of course, as we just need to go back to siege and look at the rps: 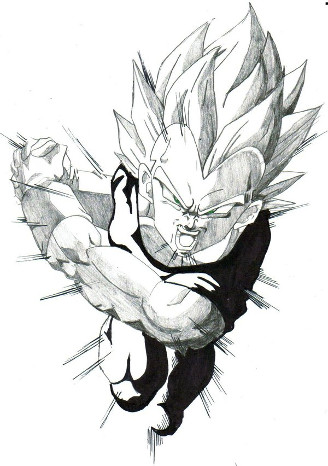 Here we’re comparing apples to oranges: it’s useless to look at memory usage of 2 servers that are serving a different number of rps, as we should instead make sure they are both offering the same throughput, and only measure the memory at that point, else the server that’s serving more requests will always start with some disadvantage!

To do so, we need some kind of tool that makes it easy to generate rps-based load, and siege is not very suitable for that: it’s time to call our friend vegeta, a modern load testing tool written in golang.

Vegeta is very simple to use, just start “attacking” a server and let it report the results:

Looks like vegeta is the right tool for us — we can then issue a command tailored to our server and see the results:

This is what vegeta outputs without timeouts:

and this is what we get when server1.js has the 3s timeout enabled:

as you see, the total number of requests and elapsed time is the same between the 2 benchmarks, meaning that we’ve put the servers under the same level of stress: now that we’ve got them to perform the same tasks, under the same load, we can look at memory usage to see if timeouts helped us keeping a lower memory footprint.

This looks more like it: timeouts have helped us keeping the memory usage, on average, 30% lower2.

What happens when those services are slow or unavailable? Well,
you can’t process search queries, or payments, but your
app would still be working “fine” – right?

Fun fact: a missing timeout can cripple your entire infrastructure! 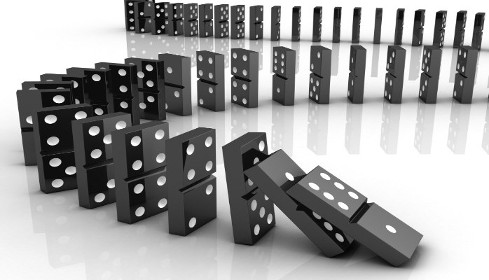 In our basic example we saw how a service that starts to fail at a 10% rate can significantly increase memory usage of the services depending on it, and that’s not an unrealistic scenario — it’s basically just a single, wonky server in a pool of ten.

Imagine you have a webpage that relies on a backend service, behind a load balancer, that starts to perform slower than usual: the service still works (it’s just way slower than it should), your healthcheck is probably still getting a 200 Ok from the service (even though it comes after several seconds rather than milliseconds), so the service won’t be removed from the load balancer.

You’ve just created a trap for your frontends: they will start requiring more memory, serve less requests and… …a recipe for disaster.

This is what a domino effect looks like: a system slows down (or incurs in downtime) and other pieces in the architecture are affected by it, highlighting a design that didn’t consider failure an option and is neither robust nor resilient enough.

The key thing to keep in mind is: embrace failures, let them come and make sure you can fight them with ease.

A note on timeouts

If you thought waiting is dangerous, let’s add to the fire:

…and many more edge cases to list. I know, distributed systems are nasty.

Luckily, high-level APIs (like the one exposed by unirest) are generally helpful since they take care of all of the hiccups that might happen on the way.

If you have any “aggressive” feedback about my rusty benchmarking skills… …well, I would agree with you, as I purposely took some shortcuts for the sake of simplifying my job and the ability, for you, to easily reproduce these benchmarks.

Things you should do if you’re serious about benchmarks:

And…I’m done for the day: I hope you enjoyed this post and, if otherwise, feel free to rant in the comment box below!