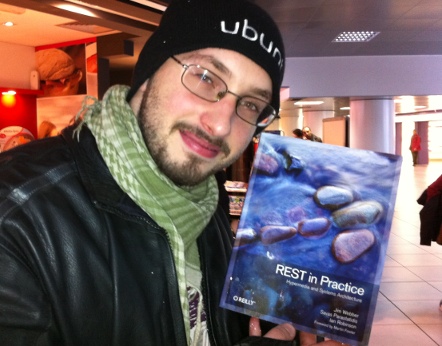 I am a seasoned technical leader who pays a lot of attention to enterprise patterns, methodologies, communities and (everyone’s) personal development: with 10 years of experience on my back, I’ve heavily focused my attention to agile practices, patterns of enterprise application architecture, leading mid-sized development teams and managing complexity in distributed systems.

I am a forward-thinker by nature and I still love to get my hands dirty with code, or testing new platforms: I am quite active on github and, from time to time, blog over here.

I’m currently in Dubai, where work as SVP of Technology @ Noon: I am in charge of an amazing team of over 120 talented folks that span engineering, product, SRE, UX and QA — our goal is to deliver an exceptional experience to both of our customers: consumers and sellers. In my position, I set the direction of our team, drive the design of our systems, grow the various tech teams and contribute from the trenches every now and then.

I joined Noon with a personal mission of creating opportunities in the region: my goal is to build an ecosystem in which consumers can access a huge, convenient and unique catalog, and where sellers can start, expand and refine their business. Creating opportunities has, and will always be, a very important personal mission for me, and I’m glad I found an organization that allows me to do so at a large scale.

I’m a big supporter of microservices, the REST architectural style, asynchronous messaging systems and I’m used to work with some practices of extreme programming (and agile development, in general), like TDD and pair-programming.

I have been involved in projects for governments, mainstream companies such as Samsung or Nissan and pioneered the technology scene of e-commerce platforms in the Middle East: when I’m not working, you can find me speaking at some conference (I like to travel around the globe to share my experience at conferences and to hear about new and disruptive technologies / platforms), blogging or grabbing a bite in the old side of Dubai.

I always try to make a positive impact in the organizations I work at, both from a technical and interpersonal perspective; some of the feedback that I received includes:

Alex is a standout mentor that everyone needs in their corner! His ability to prioritize people and understand their problems is valued by everyone I know, as he says “humans first”. On the engineering side, I haven’t met anyone that can move quite so seamlessly between different fields, you can throw anything (product architecture, design review, infrastructure issues, architectural challenges, complicated problems, hands-on development) at him and he won’t sweat. I was confident I could go to Alex with any technical problem and be sure that he would try his best to solve it, he is someone I’ve always looked for direction and strategy.

His distinct enthusiasm for sharing his expertise, skills and knowledge is unparalleled. There is nothing he can’t do from writing beautiful code to being a positive role model, publishing a book, creating a programming language, managing and inspiring a highly scalable team to spotting quick wins within existing system that creates meaningful impact.

Having known him for almost a decade I could happily say he is one of my favorite person to work with. I’ve always looked up to him as a leader with unimpeachable integrity and transparency, a standard that I strive to reach some day.

Alex is one of the best software engineers/architects I have ever worked with. If I say I have learned a lot from him that would be an understatement. I remember my first feature flag in 2012 was supervised by him to solving a pretty complex programming problem pair programming with him. He is a gifted engineer and a great manager. I have not seen another CTO who is still so hands-on who can take up any problem and come up with innovative solutions. In addition to being product-oriented and profit-focused, he can make correct decisions in terms of tools, technologies and make the right strategy for the team and the business. He has amazing communication skills and I doubt I will meet another leader like him with impeccable skills from business and technical viewpoint. Going beyond the hype and keeping things simple has been something I have learned from him. I wish him success in his future endeavors

Alex is the rare gifted engineer who is also a caring and effective leader. While he is happiest immersed in engineering and design problems, he cares deeply about his team and directly invests in their development and effectiveness in order to grow a high performance team. For most of the 6 years that we worked together Alex’s role didn’t leave much time for programming during the week as he was working with his team and stakeholders, but he had a penchant for disappearing over the weekend and coming back with a beautifully engineered solution to a particularly tricky problem we were facing. On a personal level, Alex is always a pleasure to be around and lightens the mood even in the most trying of circumstances. Alex would be a great addition to any organization!

Alex is “The” most motivated person I’ve ever dealt with throughout my entire career! Having him as a manager and a mentor was an absolute privilege, he’s inspired an exceptional growth in myself and within my teammates. Fostered a progressive environment with aggressive eagerness to learn, grew and helped the business thrive, leading a team to build one of the most efficient and best-performing e-commerce platforms in the Middle East, yet maintaining a relaxed work-friendly atmosphere. Technically, I never saw him settle for a subpar solution if something better can be done. And a big part of his technical excellence is that he never stops playing with new technologies, reading books or he is in an event on the other side of the world sharing learnings and experience. His advocacy for methodologies and concepts like microservices, domain-driven development and cutting down the last 10ms from that endpoint, is what I see the perfect tale for a CTO pushing the business potentials even more and keeping the tech-stalk solid, shiny and a delight to work with

I had the pleasure of working with Alessandro since the early stages of Namshi, before it became the most successful fashion e-commerce in the Middle-East. There is no doubt that Alessandro played a key role in the success of Namshi. Thanks to his forward thinking and leadership, we were able to quickly create and modify an ecommerce platform that fulfills the business needs, with a very small tech team (compared to the market). Other than being a great product oriented professional, he can rapidly choose the right tools for the job, even if it is a new product or technology, mentor the team and also feed a developer’s willing-to-learn/willing-to-try desires. It is very difficult nowadays find someone that has great skills from the business, technical and leadership point of view, but Alessandro has all of them. His motto, “keep things simple”, is something that I will definitely keep in mind every time I have to tackle a tech challenge.

I have been privileged to have good managers but Alex stands above. He is one of the most complete leaders I have seen. His attributes are countless from unique ways of motivating the team to being a great communicator. His unique way of delegating tasks as well giving the team the flexibility is incomparable. As VP, he still likes to get his hands dirty with codes. Its a great joy and pride to be working with him.

I can’t even imagine how Namshi and its development team would look like if we did not hire Alessandro as Lead Developer. It is like with Samuel L. Jackson and Pulp Fiction which cannot be described without one another. I can by far tell that Alex is my best hire at Namshi and Rocket Internet. He has been super involved and helpful in establishing the development team’s spirit. Coming from a strong and cutting-edge open source expertise he shares and more often owns the understanding of how Namshi’s technology should look like in the future. Being an outstanding developer from the beginning, he progressively took more responsibility to the extent that with my leaving in the next weeks, he can take over almost all responsibilities seamlessly which I appreciate a lot.

Alex is one of the best programmers I ever met, His approach to solving OOP problems is incredible. Hungry of knowledge, he’s able to apply concept that he just learned and has excellent analysis even in cases of high stress. The experience he managed to gain – despite his youg age – is amazing. It was a pleasure working with him especially on open source projects, I hope that in the future there will be another team in which we can work together.

Alessandro has been my source of knowledge and inspiration in the last two years. He is a person full of passion and he knows how to make you want to learn, or increase it. Although young he has a very deeply knowledge of everything related to software architecture and development processes. He’s able to convey knowledge only staying by his side. I’m really glad to met him and have had the pleasure to work together. He’s always in the forefront of everything related to programming. I really hope to work side by side with him again.

Last but not least, I am an Open Source enthusiast and I try to release code as soon as I get the chance to, either in my spare time or while working on some interesting projects at the office.

I am usually very open to random people hitting my inbox, so feel free to drop me a line at [email protected]!

For curious people, a few other points…